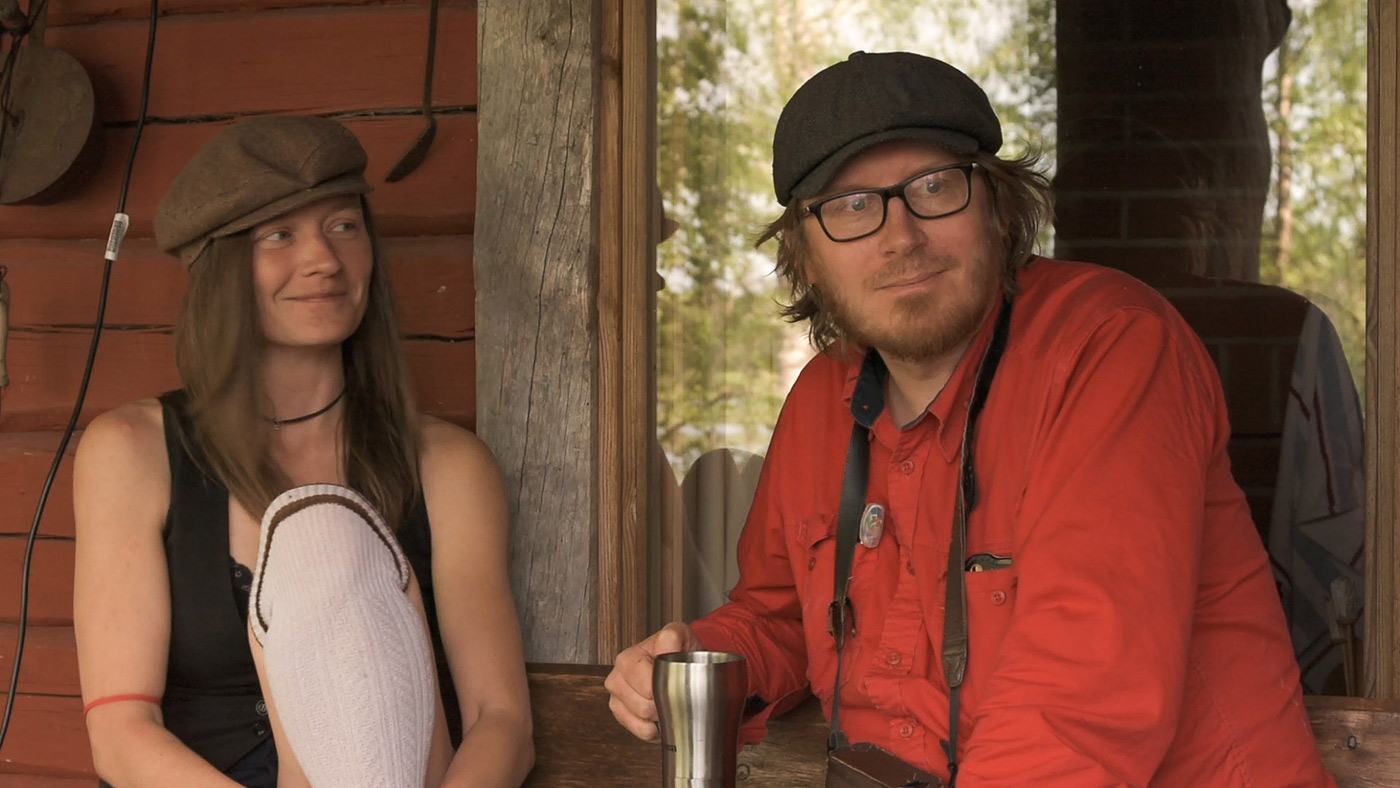 “There’s a constant need to check out if one can belong, and of course there’s often a wish in the background.”

Antti Ahonen and Meri Hietala examine the physical experience of not belonging by using bodies whose interaction with the environment is constrained. Documented in photos, the performative works open new perspectives on places and humanity. In the photographs, a group of people cram themselves into a space selected by the artists. The act of squeezing together engenders a sense of togetherness among the people, yet in the photographs the mass of naked bodies seems strange, out of place, dissolving the boundaries of individual bodies relative to other bodies and the environment.

Meri Hietala was born in the rural municipality of Jyväskylä in 1980, Antti Ahonen in Espoo in 1977. They both lived for a while in Central Finland when they were children. Meri Hietala is a multidisciplinary artist whose mediums include performance, sound art and installation. Antti Ahonen operates on a broad field that encompasses media art, performance, photography as well as their combinations. He is known for his work with the Association of Experimental Electronics and for systematic documentation of live art performances. Hietala and Ahonen have been collaborating since 2014.


Watch the video of the interview